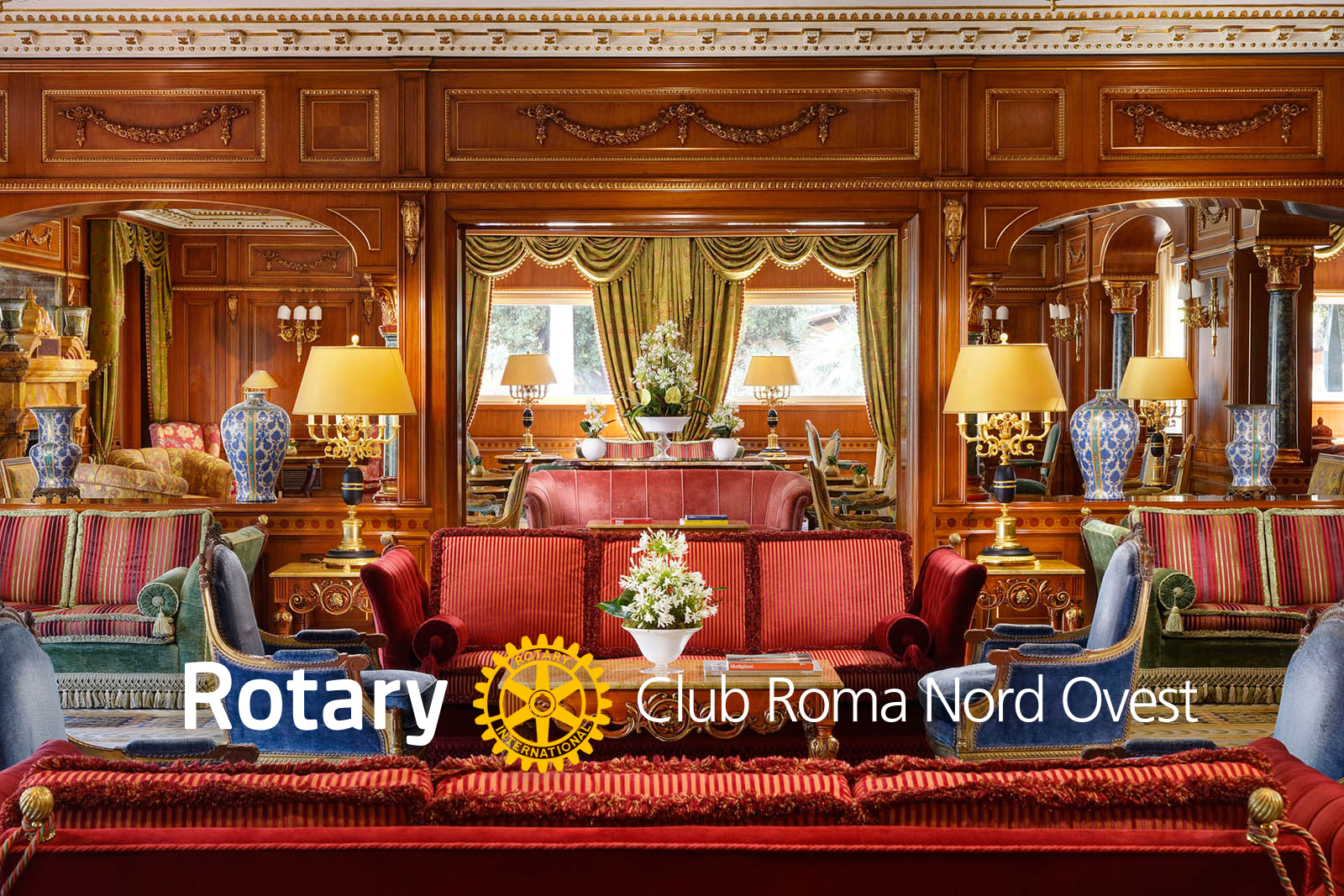 On 19 June 1980 a group of professionals, entrepreneurs, economic operators, journalists, armed forces officers and representatives of different institutions set up the Rotary Club Roma Nord Ovest which was chartered on 23 October 1980 under the President gen. Girolamo De Marco. The small horse is its distinguishing symbol and represents the will to run and continue.

The Club is particularly attentive to the new generations because they enshrine the hope for a better future. In 2002 it was the sponsor club of Rotary Club Roma Mediterraneo and on 2004 of Rotary Club Roma Centenario. Rotary Club Roma Nord Ovest supports humanitarian organizations with local initiatives, the Polio Plus project, projects to bring water to villages in Africa or for the fight against malaria.

The Equestrian Rehabilitation Center (C.R.E.) from 1989 helps disabled young people through the riding therapy. The Carlo Casalegno Journalism Award – established in 1980 to the memory of a journalist killed by terrorists – is intended to stress the Club’s confidence in the institutions and Democracy conferring the award to the journalists who in their activity are close to the ideal of Rotarian service.

“Friendship is a living force, not a mere indulgence. Friendship is something more than conviviality. If it were nothing more than conviviality, Rotary might well turn back for precept and example to the roistering days of long ago. Friendship, like happiness, is frequently elusive when directly sought, while it as frequently comes to men unsought when they are working together in a worth-while cause.” – From Paul Harris address to the Convention of 1922 in Los Angeles

Hours: Tuesdays through Fridays, from 10am. to 1pm.